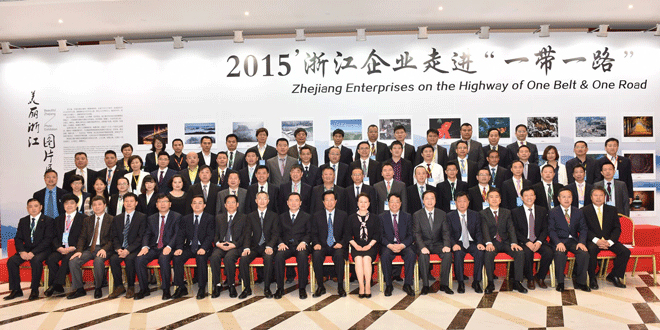 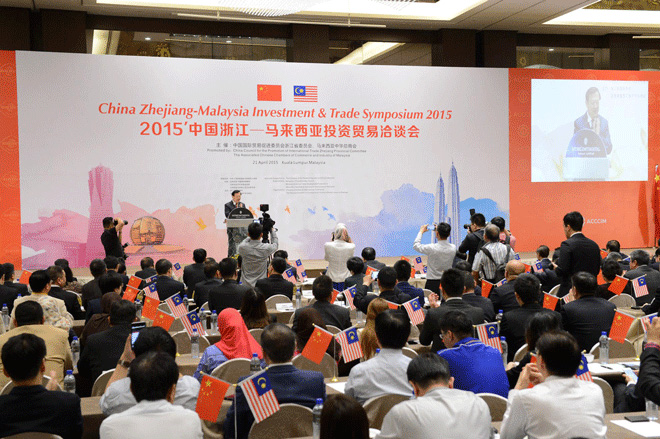 At the subsequent enterprise matchmaking meeting, Zhejiang economic and trade delegation held face-to-face project negotiations with more than 100 Malaysian enterprises. Our company has approached a number of enterprises and reached preliminary cooperation intentions in the fields of international market development and cross-border e-commerce platform.

During the event, Xia Baolong also met with all the members of the provincial economic and trade delegation. He encouraged everyone to seize the strategic opportunity released by the "the belt and road initiative" plan, go out in a solid way, please come in, and better serve Zhejiang's economy.

On the day of the event, Wang Huizhong, deputy secretary of the provincial party committee, visited all the members of the provincial economic and trade delegation. He fully affirmed that entrepreneurs who participated in this event actively cooperated with and served the national strategy of "the belt and road initiative" and strengthened economic and trade investment cooperation with enterprises in countries along the route. He hoped that everyone would make efforts to explore the international market, continuously expand their strength and play a greater role in the economic transformation and upgrading of our province.